Projects Center for the Protection of Children >>

In June 2019, our chairman visited Maternity House no.2 in Bishkek together with the honorary consul for the Netherlands. The welcome was warm as always. All medical equipment, beds and wheelchairs supplied in 2015, 2017/18 and 2019 thanks to Dutch donations were in good condition. The high quality of this clinic regularly leads to overcrowding. 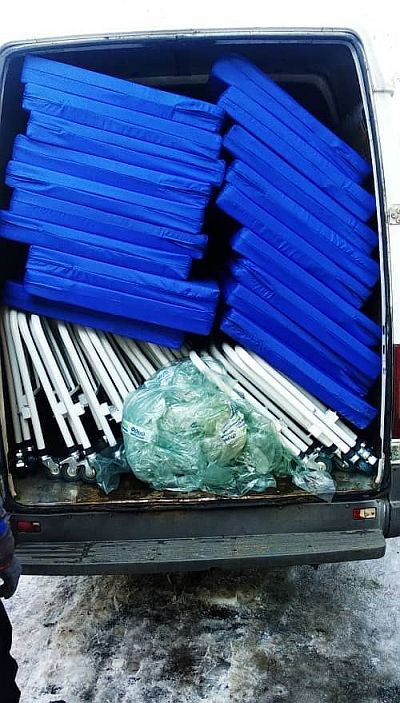 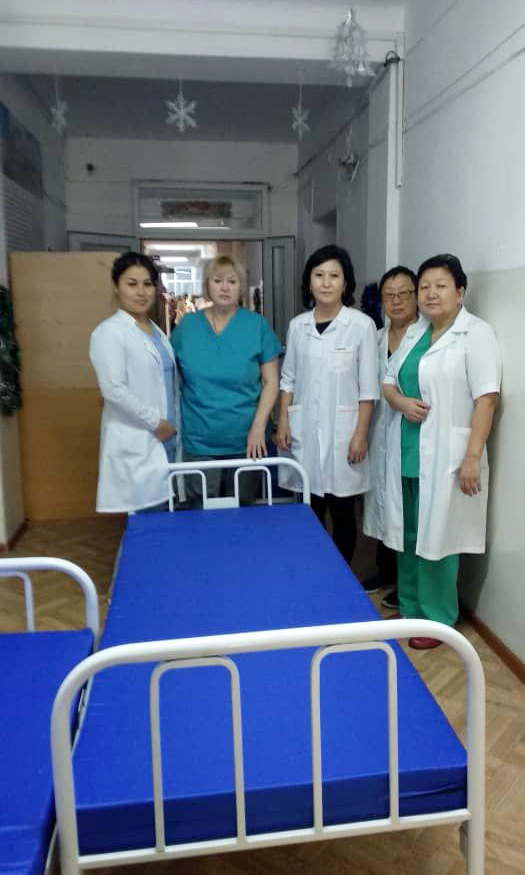 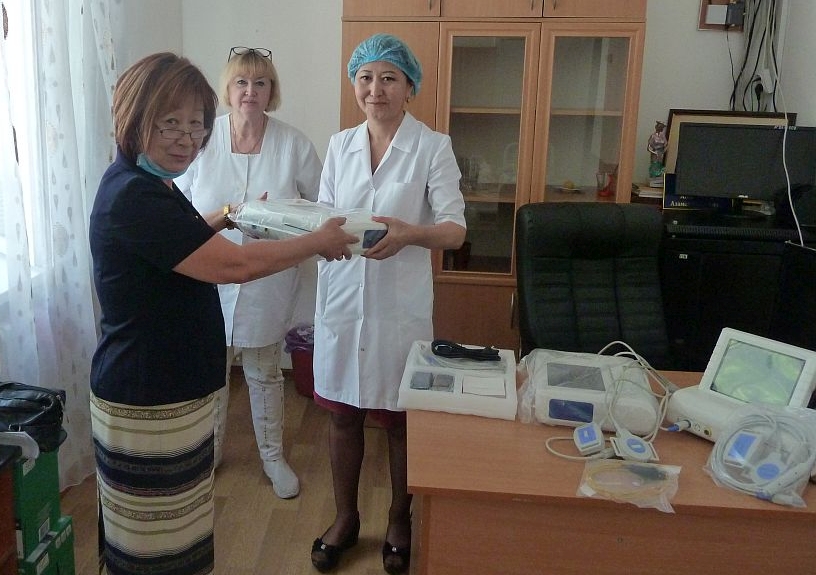 The good relationship and the trust that have been built up have strengthened us to raise funds to fulfill their wish "beds with mattresses and fetal monitors". In November 2019 we were able to report that this wish could be fulfilled. 30 beds with mattresses were delivered on 28 December and three more fetal monitors will be added in the course of 2020. In the meantime, all this has not gone unnoticed by the press. 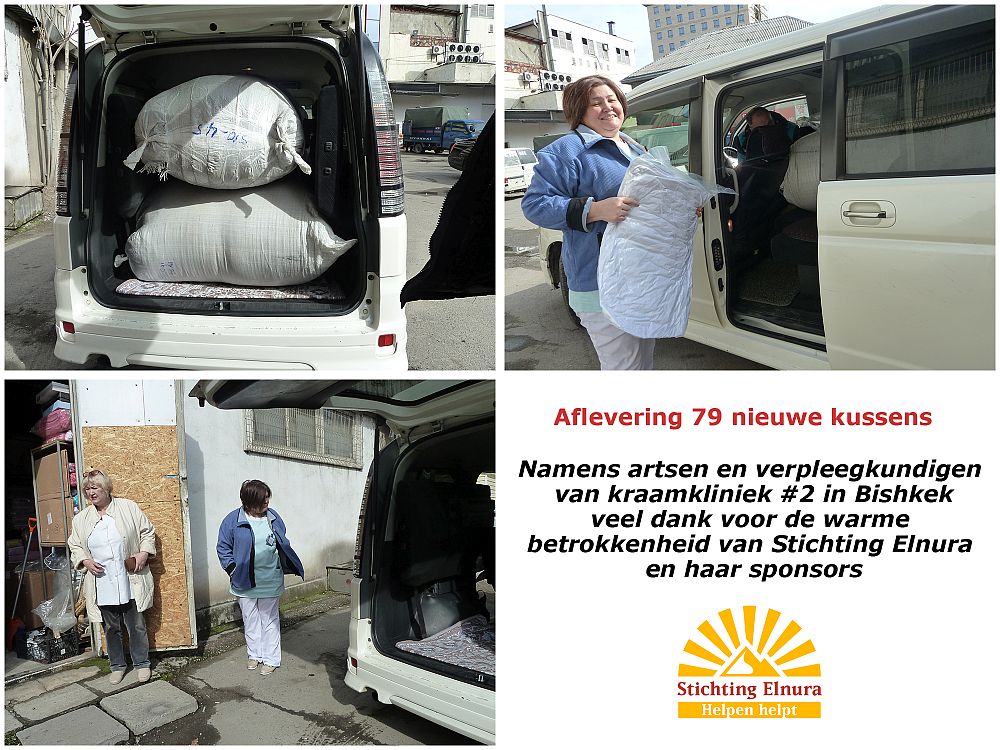 79 pillows have been delivered in the beginning of 2019.. 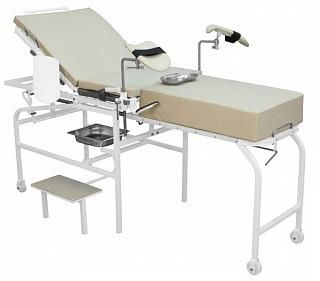 In 2015 we were able to honor the request of our honorary consul in Kyrgyzstan for the purchase of medical equipment for a large maternity clinic in Bishkek. Subsequently, funds have become available for the purchase of delivery beds, general hospital beds and wheelchairs. These will be delivered in early 2018. Now, still the bedding! Around € 400 is needed for the 10 new beds. However, they should be so happy with bedding for 100 beds! 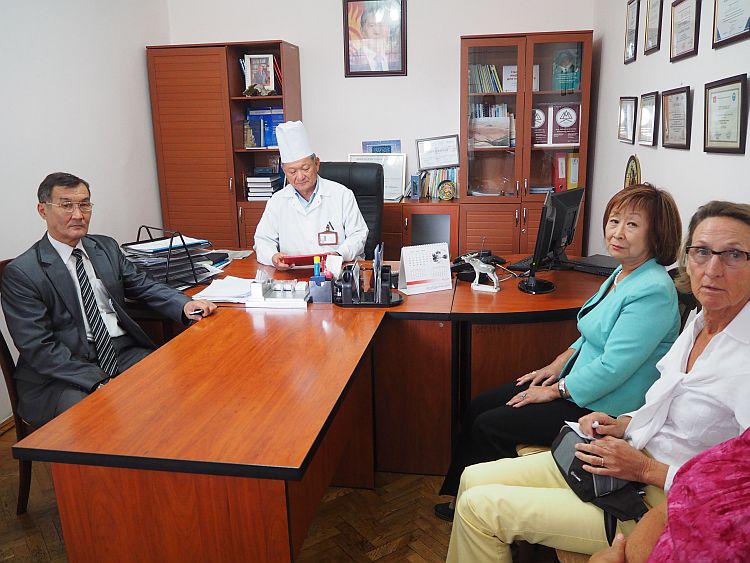 At the request of the honorary consul for the Netherlands in Kyrgyzstan, early this year Elnura Foundation started looking for funds for the purchase of medical equipment for Maternity Clinic No. 2 in Bishkek. We succeeded! On the 25th of September 2015 together with the honorary consul we could have a look at two steam sterilizers and two water distillers, in the presence of the chief physician and employees of the maternity clinic, the head of the Bishkek department of the Ministry of Health, the local supplier of medical equipment and the local press. 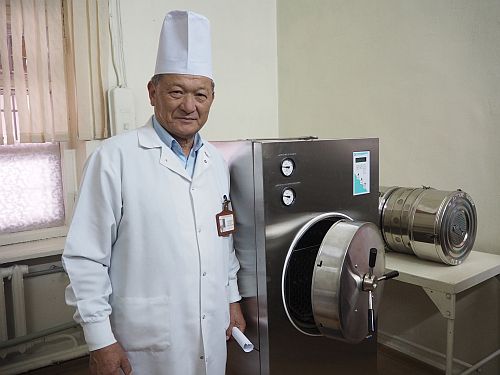 The involved staff received the necessary training and the supplier committed himself to aftercare and service.
All stakeholders of the clinic were visibly happy and grateful. They expressed their gratitude not only with a warm reception but also in a document. The literal translation of this document reads:
Management and staff of Maternity Clinic No. 2 would like to express their appreciation and gratitude for the attention and support that you have provided. Humanitarian aid, received from you, is an integral part of "ensuring a safer pregnancy and promote effective prenatal care", creating comfortable conditions for our patients. We wish you fruitful work and tireless energy to help those in need.
Sincerely,
Medical director A. A. Alimbajev "

2010 - Support for the benefit of hospital in Sudan 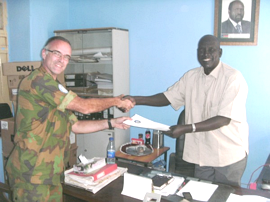 In December 2010 Elnura Foundation had the opportunity to provide a hospital in Sudan with a number of medical products, donated by the health authority of Tiel in the Netherlands. At that time Elnura's treasurer worked in Sudan as an observer for the UN. With the assistance of Luchtvaart Zonder Grenzen, a Dutch aviation charity organization (formerly Pilots Without Borders) he was able to take along extra baggage. A surplus of medicine bought to prevent a break of the Mexican flu, could be used in Sudan. After conversations with the representative of the World Health Organization and the local representative on behalf of health care it was decided to donate these goods to the hospital of Aweil. This hospital intended to execute a large-scale vaccination program. Moreover, it provides the regional clinics with goods.

In May 2009 a board member at that time visited this orphanage near Saint Petersburg. The orphanage was supported by Molserdije Foundation in Ede (Nl), that tried to raise funds on behalf of the purchase of two synthetic greenhouses. Elnura Foundation tried to help by making a bid for the "Ambition game 2009" of the Dutch newspaper TROUW, unfortunately without result. However, Elnura Foundation received several donations, with which gardening tools and sowing seed could be bought. Eventually the project has been realized. 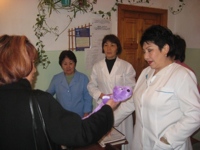 Thanks to a donation of GlaxoSmithKline Netherlands Mrs. Elena Yun, Honorary Consul of the Kingdom of the Netherlands and Mrs. Aidai Kadyrova, managing director of Babushka Adoption could present a number of purple crocodiles to two child hospitals in Bishkek. These plastic crocodiles are used to hide the 'scary' stethoscope for children. 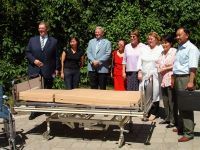 In November 2004 a number of infusion pumps, blood centrifuges, microscopes etc. were transported to Bishkek by the Dutch Air force, at that time quartered in Kyrgyzstan to support the Americans at Operation Enduring Freedom. In 2005 again two containers with medical equipment arrived in Bishkek. Two hospitals and a child hospital received these relief supplies. Babushka Adoption and other local friends helped to deliver the goods. Most important sponsors were the Dutch Embassy in Kazakhstan, Kyrgyz/American Charity foundation Compassion in Bishkek, and several Dutch organizations and companies.