Financial adoption of children for the benefit of their education 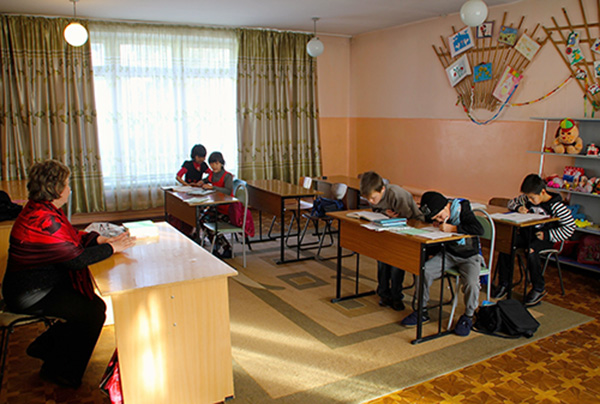 Education and training are an important part of CPC's approach to reintegrating street children into society. The costs per child to attend primary, secondary or vocational education amount to an average of € 120 per school year for winter clothing, school uniform, books and other school supplies. In the 2018/19 school year, 19 children were able to attend school on the basis of permanent donations and 16 children from the sum of one-off donations.

° a profile of the child and the education to be followed at the start,
° if all goes well, an annual report on the progress and follow-up plans
° if not everything goes well, interim relevant information

Do you want to give one of these children such a chance? Please fill in the registration form and we will contact you soon.

in Bishkek is a local travel agency that is well disposed to the children of CPC. For an unforgettable, well-organized holiday in Kyrgyzstan, you have come to the right place at Advantour. Group tours, but also private tours for short or long[er] duration are designed according to your wishes. A skiing holiday is also possible.

A visit to our work - the care and support of disadvantaged children in Bishkek - can be included in your travel plan.

You can contact us for more information, but you can also contact Advantour directly. Please state "via Elnura Foundation"

Thank you and have a good trip!

An Advantour client (name is known to us):

"Now home in Shanghai.  I have enjoyed my time in Kyrgyzstan.Vacations are always too short. Still many more things I would like to see and do. Special thanks to driver and guide. New friends. I hope many more Advantour clients will have opportunity to travel with them.
Certainly thanks for your support with all of the arrangements for this itinerary.
Y rakmat! (Kyrgyz for 'thank you!")" 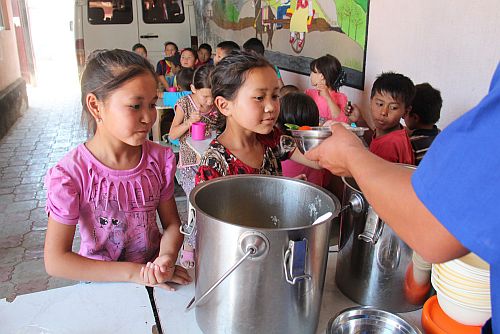 CPC had to reduce the number of hot meals in order to get around the budget for 2017 and following years. That is why now the children of the CPC program get a hot meal only six instead of seven days per week. Moreover, the number of the eligible children had to be reduced.

The global financial and economic crisis has also left its marks in Kyrgyzstan. CPC is pleased that funding has been arranged for the next two and a half years. However, for this purpose, CPC had to economize, such as in the number of meals. They used to provide a hot meal seven days a week for an average of about 100 children per day. The number of children has been reduced to a maximum of 80 per day and the number of meals to six per week. The following overview shows how much is needed to reverse this cut.

Do you want to support us? 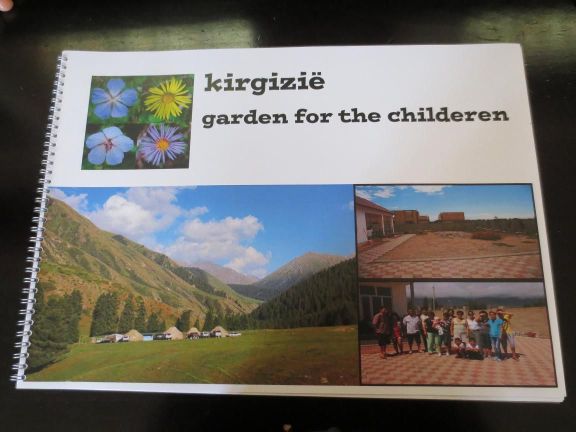 In the summer house the children can catch their breath enjoying holiday. In addition, all kinds of training are organized, for the children as well as for their parents, for teachers of schools attended by CPC children, and for the employees of CPC. A big wish is to lay out a garden with playground. Landscape architect Ineke Bruunekreeft made a design, in which ideas of the children have been incorporated. Starting point is to use as much as possible raw materials and products, which are available in the neighborhood.

If you want to help you can transfer your donation to bank account NL38ABNA 0429616465 in the name of Elnura Foundation indicating 'garden'. 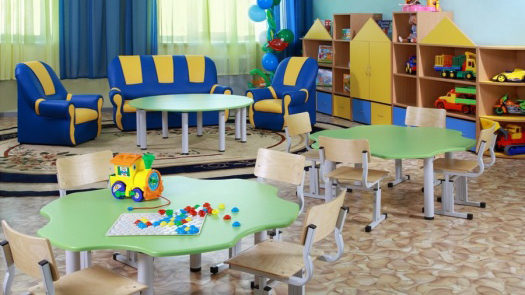 In CPC's shelter homeless children are taken care of. They find a (temporary) home. The offices and the central kitchen are also housed in this building.

CPC has set up a nursery for children who can not afford the high costs of the existing childcare.

Thanks to your large and small donations, the day nursery started at the end of 2018. 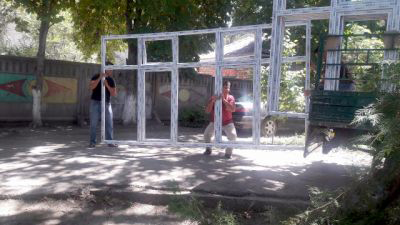 This summer (2017) the last windows could be renovated thanks to your donations. 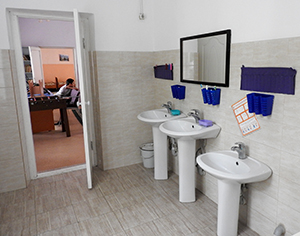 The washrooms and toilets of both the boys and the girls are renovated. We thank you for your donations that made this possible.

ASN Foundation donated within its theme "Against Child labor". Two children could go to school and got every day a warm meal during two years.

In 2010, Elnura Foundation contacted Colour4Kids (C4K), a foundation whose aim is to bring color in the lives of underprivileged children in developing and transition countries by building, renovating, furnishing and decorating children's homes and shelters. 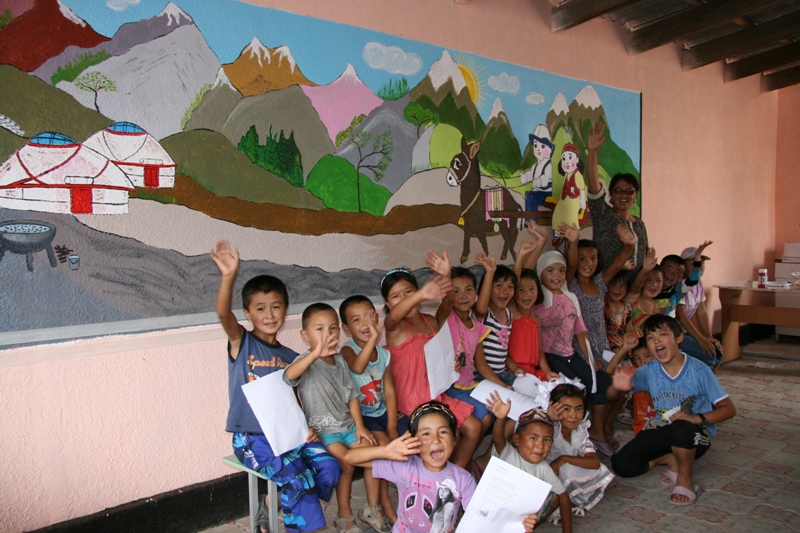 In September 2011 C4K gave the go-ahead for the renovation of the daycare center of CPC at the Dordoi market.

In May 2012 a local contractor started the activities and in August 2012 the project was completed. The renovated daycare center was reopened officially on August 9 by the Honorary Consul of the Netherlands in Kyrgyzstan, Mrs. Elena Yun, after which the children presented all guests a festive program. 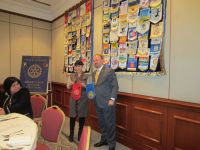 The project that is adopted by the above mentioned Rotary Clubs, includes the facilities at the summer house that shortly before came into possession of CPC. The house still needed a number of essential facilities, such as:

On 16 May 2012, the Elnura Foundation received a cheque that made it possible to realize these facilities.

Volunteers who work at the second-hand market "Pelgrimshoeve" in Zoetermeer are well disposed towards the CPC. This jumble sale supports mainly welfare and/or social projects. In 2012 CPC received a gift for the food programme (see also 2010/2011). 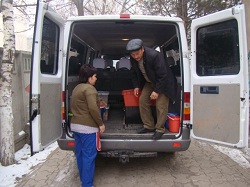 In 2010 friends and acquaintances made a donation as a 'Sinterklaas' present and birthday present to the secretary which made it possible to buy a 'new' second-hand van. The 23-year-old car that was used until then, needed to be replaced.

The proceeds of the Easter collection that was held in the Baptist church in Zoetermeer went to the food program.

The same goes for the Advent's collection 2011 at the reformed church "Pelgrimskerk" in Zoetermeer.

From the "Pelgrimshoeve" CPC received in 2010 a gift for the education program and in 2011 a gift for the purchase of mattresses, blankets and pillows for beds of the homeless children at the shelter.

The money that was collected in these years from private individuals was spent on the furnishing of the day-care center near the Dordoi market and on winter clothes. Moreover, 14 children were able to go to school.

From the proceeds of the first private collection, a major part of the cost of buying the day-care center near the Dordoi market could be financed. Dutch soldiers who were based at the Manas air base near Bishkek helped at the start to redecorate the shelter.