Center for the Protection of Children (CPC) is a Non-Governmental Organization (NGO) in Bishkek, capital of Kyrgyzstan. The NGO was founded in 1998 with the important mission to make a valuable contribution to poverty reduction amongst working whether or not homeless street children. These children rather often have to work for the family income. As a consequence they cannot go to school. These working children aged 6 and over are CPC's target group, to be divided in:
* homeless children, who lost their parents or ran away from home, because it is safer on the street than at home.
* not homeless children, who try to survive and in many cases are the only breadwinner of the family.

Street children are completely abandoned by the authorities or even 'put away' in jail, because in their opinion they pollute the street. CPC supports and protects these children and teaches them independence. The children get housing, food, medical care, education and social guidance. The intention is to involve their parents and as far as possible the children will be reunited with their family. 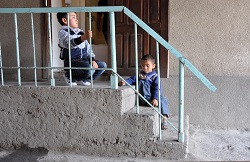 Next to that CPC stands up for the children's rights according to the Convention of the Rights of the Child (UN 1989). In close cooperation with other NGOs CPC informs and instructs the authorities and 'the public' to make them aware of the problems of the street children. In this process children are involved as much as possible. Often also the media render assistance. 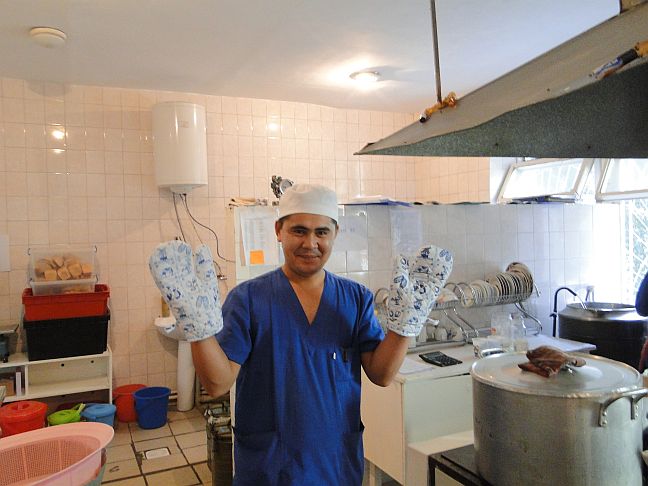 The homeless children get a home in the building where also CPC's offices and central kitchen are established. Next to that CPC owns a day-care center for the working children near the two largest markets (Dordoi- and Osh bazaar) in Bishkek. These markets attract country-families, who have hardly any perspective. The traders on the markets hire these people at miserable wages for selling and transporting their goods. Unfortunately very often (homeless) children are involved in this process. In many cases even the parents fail and let their children work for the family income.

for which several methods are used, such as:
* the so-called peer-to-peer method (giving information by youngsters to youngsters), interactive games, making theater etc.
* working with parents and creating selfhelpgroups and initiative groups

* behavioral psychotherapy, especially for homeless children, using art-therapy, fairytale therapy, music therapy and others
* all kinds of trainings to improve the social skills of the children.

CPC's basic financing is given by interchurch organizations like ICCO/the Netherlands, Dan Church Aid (DCA)/Denmark and Evengelischer Entwicklungsdienst (EED)/Germany. Next to that CPC is always trying to obtain subsidies for short and long-term projects. Elnura Foundation wants to contribute in CPC by raising funds in the Netherlands. On page Projects CPC you can read which projects are running and which ones have been realized yet. On de page Support CPC! is described how you can support the reintegration of the street children of Bishkek into society. Not only Elnura Foundation and CPC, but especially the children will be very grateful to you.